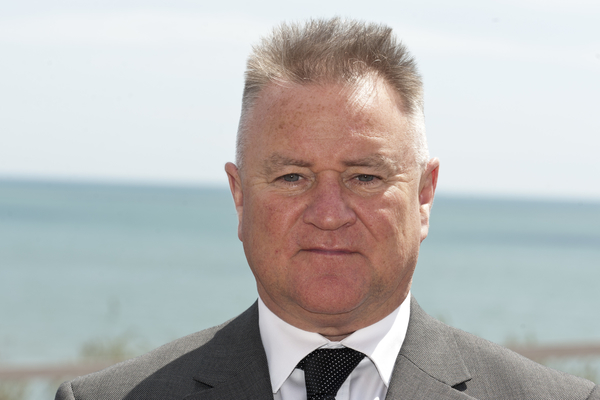 NORTHUMBRIA Police Federation has hit out at Home Secretary Theresa May after she issued a “bullying” address to this year’s national conference.

Her address was met by a stunned silence from delegates. Gordon Armstrong, chairman of Northumbria Police Federation, (pictured) said: “We have just seen a very angry Home Secretary who attacked the whole of the criminal justice system and the ordinary cops as well.”

Mrs May surprised the organisation with a raft of changes – including cutting federation funding, forcing them to open their accounts to the Home Office and changing the law so that officers have to “opt in” to the organisation.

She also launched a broadside on the service – listing current and historic misdemeanours by police officers, including Hillsborough, the misuse of stop and search and allegations of victimisation within the federation.

He added: “There are thousands upon thousands of cops out there who are doing a fantastic job every day, but still the Government are on and on about Hillsborough.

“The vast majority of these cops weren’t even born. Yes – we have to make sure that the relatives of those [Hillsborough victims] are satisfied with the outcome of the inquiry. But to continually bring things like that up hurts police officers on the ground. I felt bullied by the Home Secretary’s address.”

Chis Gourley, secretary of Northumbria Police Federation, added: “To use Hillsborough to attack police officers on the ground today is grossly unfair. Most people hadn’t even joined [in 1989 when the disaster occurred] and to use things like that to reform the police service as it currently is was unjustified. We all accept the need to change, but to me that was classic threats and bullying.”

“In all honesty the comments made by the Home Secretary came as a total surprise and I was given no indication of what was going to be said. We have already indicated we are an organisation that is willing to change and it is for us to make the key decisions around reform over the next few days.”