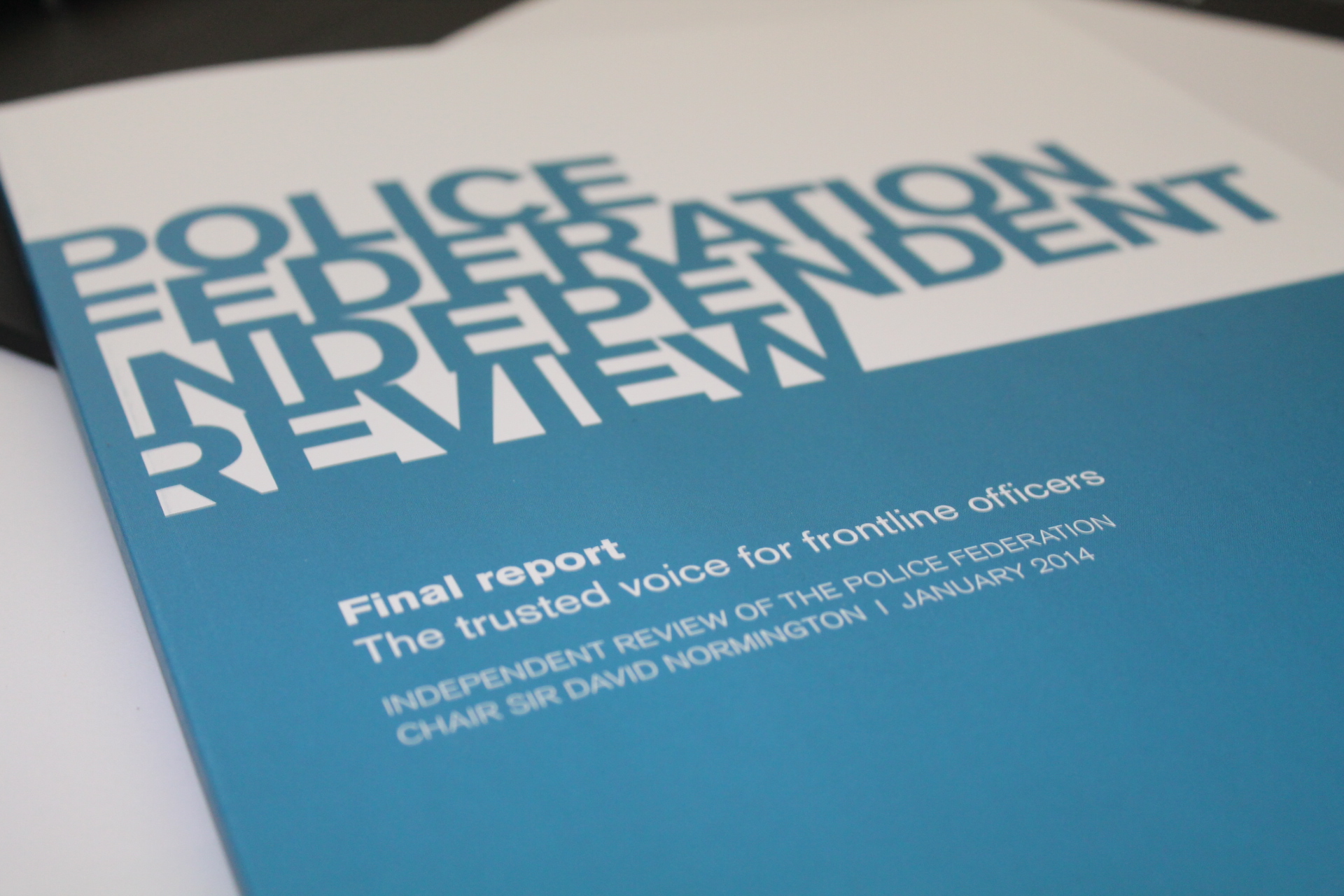 DELEGATES at the Police Federation conference have agreed to accept the overarching recommendations of the Normington review – and discuss them in detail in the coming months.

Representatives voted against debating each of the 36 recommendations in the document at the Federation’s annual general meeting. Instead, it was agreed to “accept the core principles and essential elements contained within the Norminton Report.”

An “implementation progress report with any further decision making as required, will be made no later than conference 2015 or earlier at a specially convened conference.”

Sir David Normington – a former Home Office permanent secretary – said during a speech to conference that some of the recommendations could take two or more years to introduce.

His report – published in January – featured a raft of recommendations, including that the rank structure of the Police Federation of England and Wales should be abolished as should the National Joint Central Committee.

The independent review into the organisation also recommended that a national database of the membership should be established and that all members will vote on the local and national chairmen.

Another motion – which has been widely contested – is that “there should be limits on tenure for all post holders of two terms of three years”. Fed officials feel roles should go to the “best person for the job.”

Joint Branch Board representatives have been discussing the 36 recommendations since January.

The new agreed proposal suggests that an implementation board should be created to closely examine the detail of the 36 recommendations, and that this should be headed up by “an appointed project director”.

The motion agreed on Wednesday also recommends the interim creation of a National Council comprised of Branch Board General Secretaries and Chairs; four Metropolitan Executive Board reps; six Women’s Reserved Seat reps and two Reserve Seat reps for black and ethnic minority officers. They will become a decision making body and elect an 18 person interim National Board.

“They have demonstrated they have the interest of the police officers we represent and the public we serve at the heart of what we do.