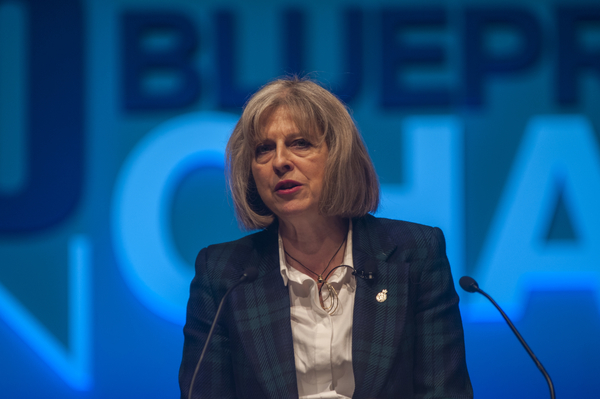 THE Home Secretary has been accused of “bullying” the Police Federation after she told them – “change, or I will change you.”

Theresa May issued a stinging address to the Police Federation of England and Wales’ annual conference on Wednesday 21 May when she revealed a raft of changes that she was forcing onto the staff association.

During her 20 minute speech to conference, Mrs May also reeled off a list of alleged failures by the police, including what she said was a lack of cooperation in IPCC investigations, the misuse of stop and search, their response to domestic violence and allegations of bullying and victimisation by members of the Federation.

She told delegates that the Government is to revoke the £190,000 annual payments it makes for the salaries of the chairman, general secretary and treasurer of the national federation.

It will change the law so that officers have to choose to join the federation and pay its full subscriptions – as opposed to the current system of opting out – which she said would force federation representatives to “earn the right to represent their members”.

And Mrs May also said the Government would legislate to enable the Home Office to call in all the records held by the Federation – including “Number Two” accounts – and make the organisation subject to the Freedom of Information Act.

She put pressure on the Federation to implement all the recommendations made by the Normington Review within a year – while the review itself issued a deadline of 2016.

She added: “I know some of you will find these changes unpalatable. But the Police Federation is an organisation created by statute, it serves a public function and the Normington Review demonstrated very clearly that it is an organisation in need of greater transparency and accountability. So it is a change that I believe needs to be made.”

Mrs May was met with silence as she concluded her speech.

Ken Davies, of Cheshire Police Federation, told her: “We have got the sword of Damocles hang over us and Home Secretary you are threatening to bully us.

“Throughout 21 years of frontline service, I have been attacked and hospitalised. And I have never had such an attack or personal kicking as the one that has come out from every comment you have just made.”

Mrs May was responding to a speech by Police Federation of England and Wales chairman Steve Williams where he asked her to “never” introduce compulsory severance. She did not address this point.

Mr Williams added that Federation representatives “help make an effective police service and save real money, taxpayers money”. He added that policing was a “vocation, a decent honourable calling” and that “police officers never clock off.”

He concluded:  “Future governments must respect and understand that we won’t always agree. They must respect our views and opinions.

“They must listen to us. They must understand that we bring years of operational experience. We put the practical into their policy.”