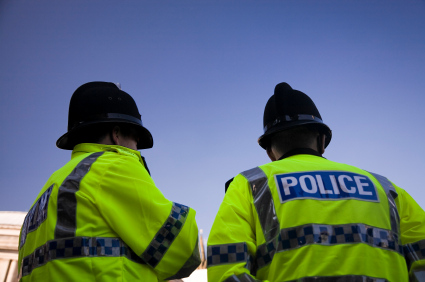 THE idea that there are extra police officers to help in times of crisis is a “pure fantasy”, the Police Federation of England and Wales Chair has said.

John Apter was speaking after it was reported “extra officers” had been deployed to the streets to deal with murders in the capital and increasing rates of violence across the nation.

He said: “Time and time again we hear from politicians, the media – and indeed chief officers – who tell the public that ‘extra officers’ will be out on patrol, often in response to a significant incident or incidents. It is done of course to reassure the public and provide the high visibility patrols that have been lost over the years due to the decimation of policing.

“Sorry to burst the bubble of those who are spinning this lie but the reality is that this is pure fantasy. The ‘extra officers’ line is trotted […] and the media simply run with it, not challenging the fact there are no ‘extra’ officers at all. Where does anyone think these officers come from? The policing tree? The ‘Extra Officer Store’ where rows of eager cops are sat ready and waiting for their chance to be deployed?”

Earlier this month, London saw four fatal stabbings in five days, and it was reported that the number of murders in the UK has soared by 14 per cent. But there are not enough officers to deal with this new serious workload, Mr Apter said.

He added: “‘Extra officers’ are simply the same officers doing more. The same officers taken from other areas of policing to go and do another job, whether that be from neighbourhood teams – where those even still exist – or from specialist departments; whether it be from other forces, or being called back to duty, or moved around to cover the next policing crisis, temporarily leaving their actual jobs behind while they try to stem the flow of burgeoning workloads and provide visible reassurance and help to the very people they joined the job for in the first place.

Police officers are being pushed to the edge by the increasing demand they are under, and policing is in crisis as a result, Mr Apter said.

“Let’s stop kidding the public about these additional resources. The wool is being pulled over their eyes by a Government who doesn’t care about policing. The policing cupboard has been bare for a very long time”, he added.