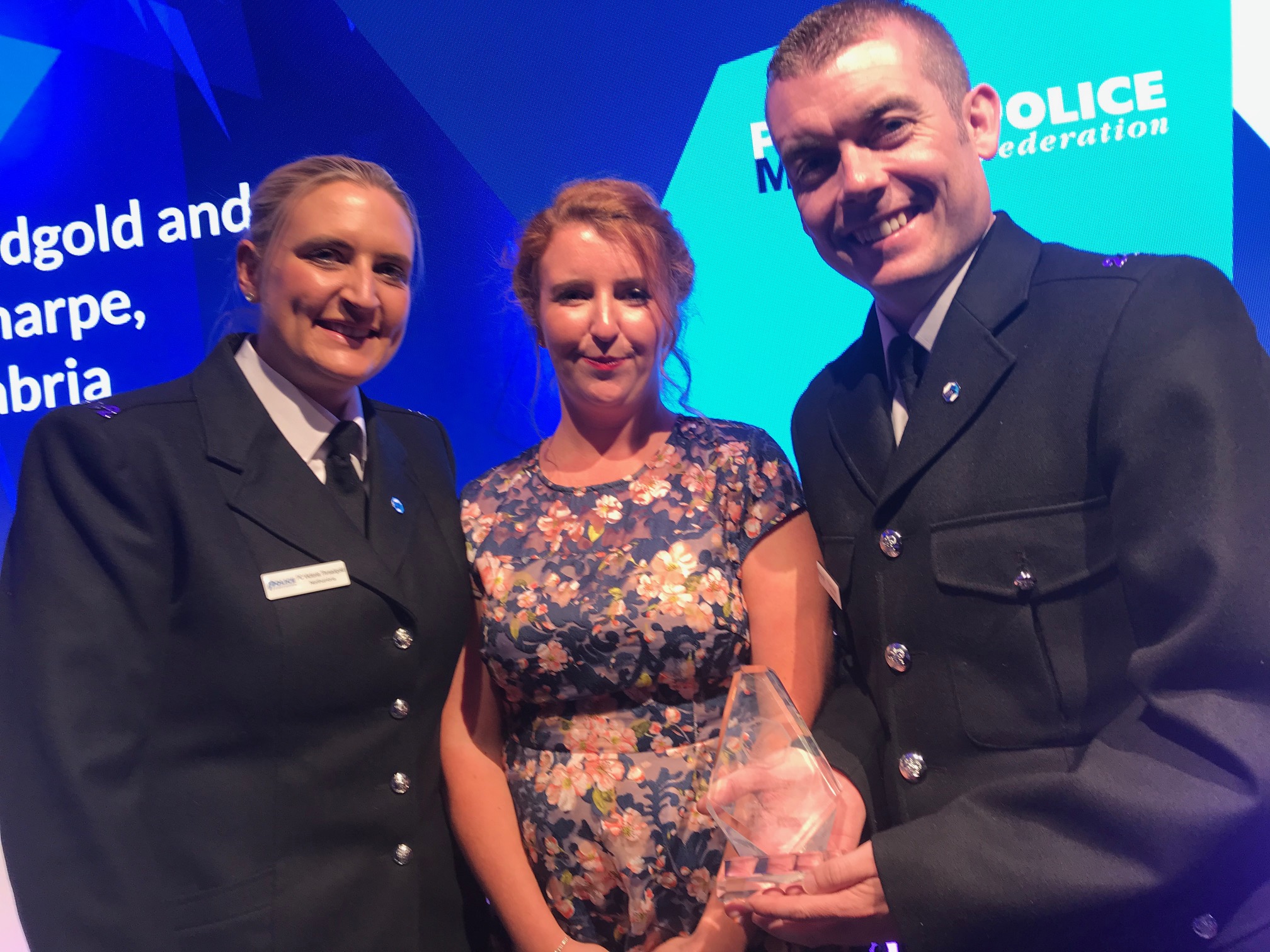 PCs Gary Sharpe and Victoria Threadgold from Northumbria Police who challenged a man waving a Samurai sword and a gun at them have won a prestigious Police Bravery Award.

The officers were named as the Region 2 (North East) winners at the 23rd national Police Bravery Awards in London on 12 July, hosted by the Police Federation of England and Wales. The awards, sponsored by Police Mutual, honour and recognise police officers who perform outstanding acts of bravery.

PCs Sharpe and Threadgold were awarded the accolade for their courage in confronting an armed and dangerous man, after responding to a domestic violence incident where a woman had been assaulted. The offender was known to have a history of violence, was drunk and described as having a multiple personality disorder.

On arrival at the scene, both officers were confronted by a furious, heavily built man, who threatened them from the top of the stairs with a 4ft samurai sword. PC Sharpe persuaded the man to put the sword down, which he did before producing a black metal handgun and pointing it in the officer’s face.

PC Sharpe managed to disarm him with CS incapacitant spray and hand strikes, before successfully restraining the violent man, while PC Threadgold immediately came to his aid. The man continued to struggle with both officers as they grabbed the weapon.

When asked what goes through your mind when something like this happens PC Sharpe said: “Difficult to say without swearing! You’ve got to deal with the situation in front of you. We did what we needed to do.”

PC Threadgold said: “It was a typical Friday in Gateshead, a normal domestic that went a bit wrong. In this job you never know what you can face. The bravery awards have been totally amazing – an unbelievable experience.”

PC Sharpe added: “Never when I joined the police did I think at any point I’d be stood in Downing Street for the reception.”

Calum Macleod, Chair of the Police Federation of England and Wales, said: “The courage and professionalism shown by PC Sharpe and PC Threadgold went above and beyond the normal call of duty.

“They showed exceptional bravery, and thoroughly deserve to win this award. Thank you for your dedication to helping to keep the public safe”.

Stephen Mann, CEO of Police Mutual, said: “Over the last 10 years, Police Mutual has been proud to have sponsored such an inspirational event in the policing calendar and for my colleagues and I to be able to show our respect for the exceptional courage shown by police officers who risk their lives every day to protect the public and keep us safe.