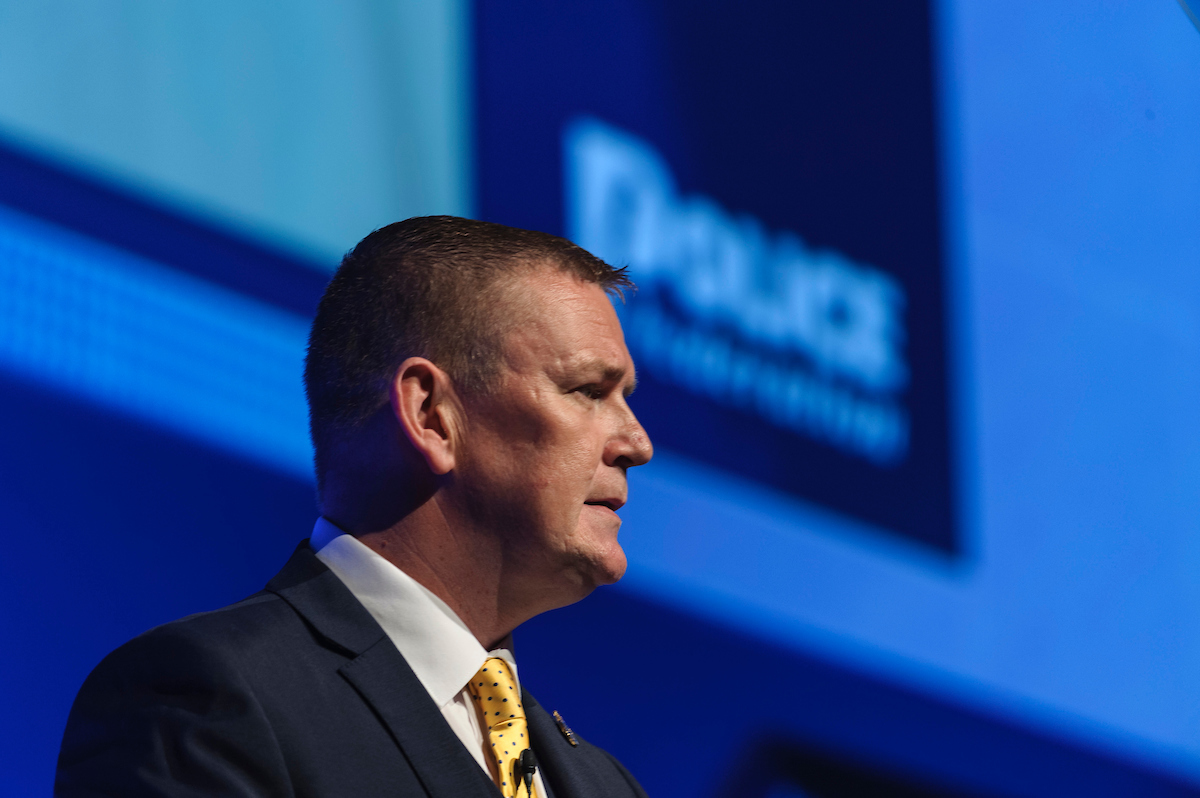 NEW police officers could be earning less than they did 27 years ago under plans to reduce the starting salary to £18,000, a conference has heard.

But the apprentice salary was branded wrong, incredible, a disgrace and possibly even illegal, at the Police Federation of England and Wales’ annual conference on Wednesday.

One delegate from Northumbria Police told the conference: “I joined the Met in 1991 and my starting salary was £18,300. 23 years later you’re telling me officers are going to start on even lower? That’s incredible.”

Calum Macleod (pictured), Chairman of the Police Federation of England and Wales, told the new Home Secretary Sajid Javid in his keynote speech: “As an apprentice in your new role, just be glad it’s not the National Police Chiefs’ Council determining what you’re worth. Because under their apprenticeship plans for policing, the price our leaders place on a new starting officer is only £18,000.

“£18,000 for facing knives, guns, being spat at, the threat of assault, putting their lives on the line – while colleagues starting through on other routes will be earning more. That is an absolute disgrace.”

Andy Fittes, Federation General Secretary, told a session on police pay and conditions: “We have a fundamental issue over a starting salary of £18,000 – it’s too low. We are asking people to put their lives on the line for a lot less. That is not right.”

Dr Joan Donnelly, head of research and policy support PFEW, added: “Before the Winsor reforms a starting salary could be £23,000 – which would be on £26,500 now if that had kept up with inflation.

“I have concerns about the legality of paying people on apprentice schemes so much less, when they are doing exactly the same job. The scheme is designed to appeal to ethnic minorities, BME communities, females – but we are going to be paying them less?

“£18,000 might seem like a good idea to a 17-year-old has never worked before, but when that 17-year-old joins a really difficult job and has to attain degree at the same time, that is going to lead to failure and that is a questionable thing to do to someone.”

And Ron Hogg, PCC for Durham and APCC Workforce Lead, said he rejected the proposal: “I was very concerned to hear about this. We need to give people the optimum starting salary we possibly can. People need to be adequately rewarded and I would not like to see starting salary of £18,000 at Durham Constabulary.”