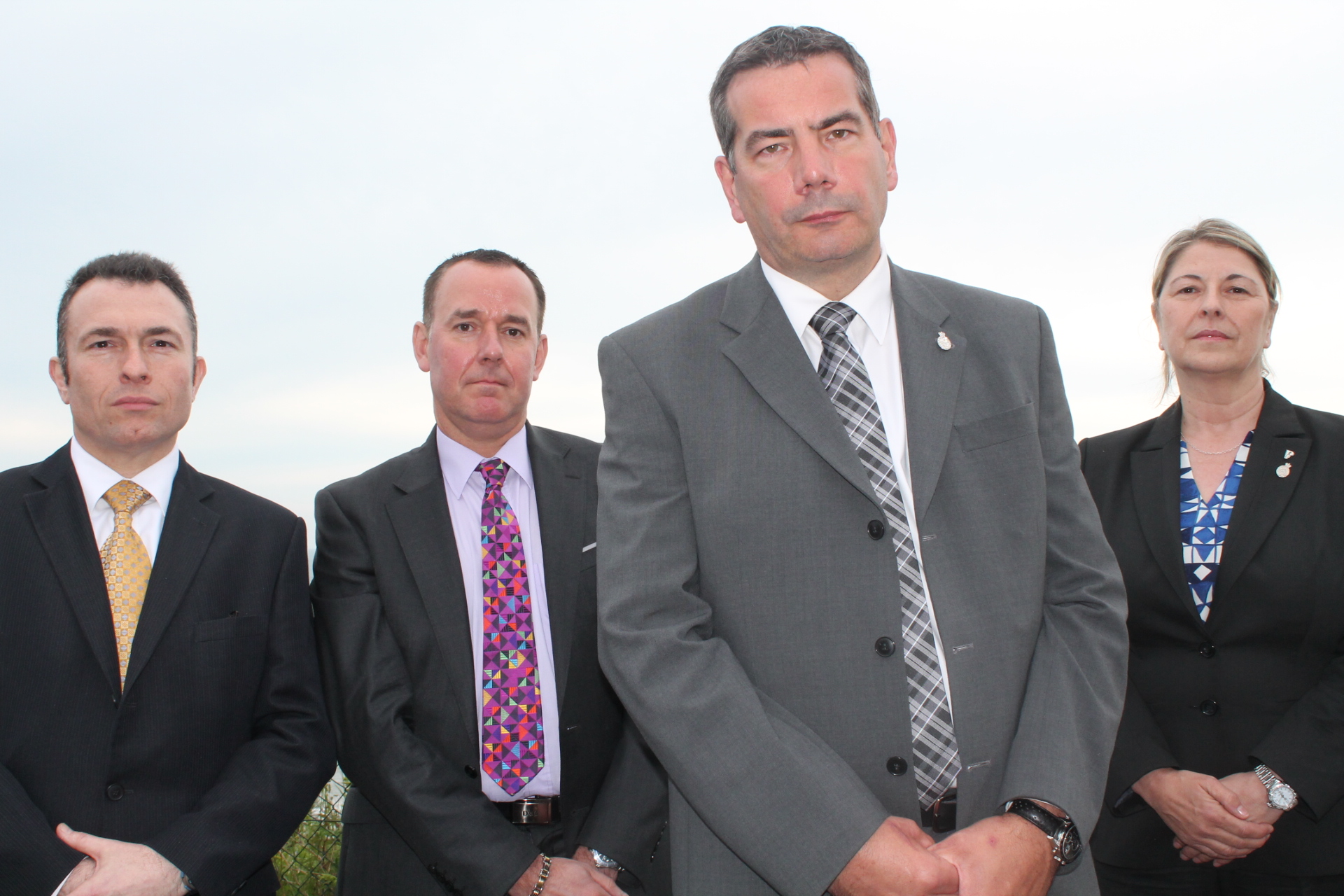 THE man in charge of the area where two Greater Manchester Police officers were shot dead has described “the darkest day in the force’s history” and how “the federation really supported its members when it mattered”.

Ch Supt Nick Adderley (third from left) received a standing ovation after describing to conference events before, during and after PC Fiona Bone and PC Nicola Hughes were shot dead in September 2012.

After officers discovered colleagues had been killed, Greater Manchester Police Federation and the Police Federation of England and Wales stepped in and said “we will do whatever it takes”, the conference heard.

Ch Supt Adderley, who was in charge of the force’s Tameside area at the time, paid tribute to Greater Manchester Police Federation for its work in supporting the officers, describing them as the “real leaders” following the shooting.

“The federation really supported its members when it mattered”, he added.

“The Greater Manchester Police Federation, the Police Federation of England and Wales, you came through with flying colours. People need your support and guidance and I feel privileged to work shoulder with shoulder to you”.

Ch Supt Adderley told the conference how he experienced an “out of body” experience when he heard that the two officers had been shot and that he has gone on to put together post incident guidance for forces where police officers experience the trauma of losing officers.

He said: “Afterwards, all staff were given the option to stay away from work and return when they were ready. There were some members of that team that were back at work the next day. To me, that is bravery personified. But we needed to identify those most badly affected. Several members of staff are still off work. If you try and draw people back to work too soon, you will pay for it in the long run.”

Dale Cregan pleaded guilty to the murders of the two officers after he lured them to an address in Hattersley on 18 September 2012 with a fictitious report of a burglary before shooting them dead.

Pictured from left to right are GMP