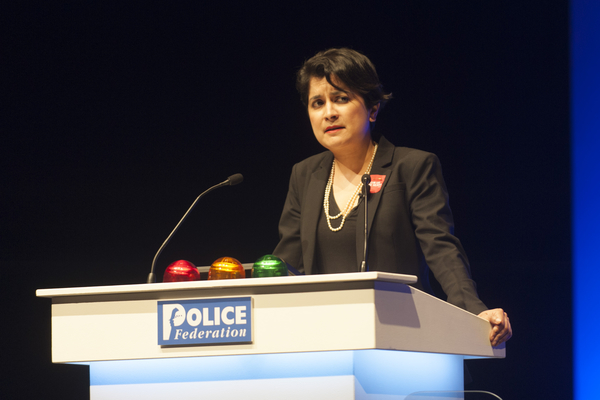 DIRECT entry is a “worrying” development in policing that threatens the office of constable, the director of human rights group Liberty has warned.

Speaking at the Police Federation of England and Wales’ annual conference in Bournemouth this week, Shami Chakrabarti criticised the Coalition Government’s reform agenda. She said: “Politics should not be intertwined with the office of constable.”

Ms Chakrabarti said she was concerned that an “officer class” would develop under the scheme where people are being parachuted in at superintendent level.

It is being introduced in Avon and Somerset, British Transport Police, City of London, Metropolitan Police Service, North Yorkshire, Sussex, West Yorkshire in a bid by the Government to “professionalise” the police service.

However, not everyone is an advocate and Chief Constable Sir Peter Fahy said he would never introduce the scheme at Greater Manchester Police.

Highlighting that former military personnel had apparently been attracted to direct entry at the senior rank, Ms Chakrabarti told conference delegates: “I would not more want a trained soldier directing a junior constable than a retired brain surgeon becoming a lawyer.

“I know that (direct entry) is about to be introduced but we should watch it carefully.”

Ms Chakrabarti also criticised the introduction of police and crime commissioners, saying it had been a “failure” after the majority of the electorate declined to vote.

Fewer than 15% of voters turned out in the 41 English and Welsh police areas electing a PCC, a peacetime low.

Ms Chakrabati said: “I have profound concerns – we should be looking at getting the commitment of all the major political parties to reverse (this policy)…after the next General Election.”

She suggested that a committee of people to oversee law enforcement governance matters was a safer option than the present system – which she said saw politicians getting too close to operational law enforcement.